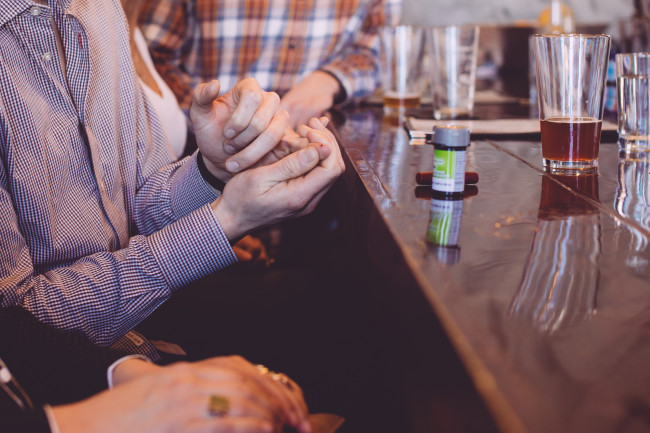 The evening was off to a smooth start – let’s declare it a path number one evening. By saying that, I guess I really mean that my blood sugar was where I wanted it – 180. The bike ride to his place was about 20 minutes, and I knew the activity would drive the sugar down into a place where I’d feel pretty good by the time I got there. As I hop off the bike, park it on the side of my friend’s house, I hear some raucousness coming from the backyard. In route to the backyard, I do the diabetes self-test (“How do I feel? Good. Am I sweating from being low? No, you just rode your bike. Are my eyes cloudy? No, so I’m not high. Do I have a good attitude? Yeah, so I must not be low. Okay, let’s go have a good time.”)

I walk around the corner into the backyard and am greeted by a highly competitive game of flip cup. College frat heroes are reminiscing over past glories and many declarations of uneven teams are in the air. A spot opens on one of the teams as a previous member relieves himself on the side of the house. The game begins and I chug the beer in my cup and flip the red plastic with a beautiful delicacy, landing it evenly the first time. Our team won. Then our team lost. Then our team won. Then I felt disconnected.

Here’s my attempt to describe the feeling not felt by many except those with diabetes:

By this time, I’d probably had two beers over the course of 45 minutes or so. By feel of the vibration of my pump, I’d been slowly bolusing a little bit of insulin through my pocket over that same time. Stepping inside to the kitchen, I test my blood sugar – 78. Knowing I should have fruit snacks or a Clif Bar in my pocket, I go outside to ask my friend if he has something I can eat. He’s a bachelor. He does not cook. He survives hour by hour. Here’s what we came up with – a hot dog bun, slathered with peanut butter, and drizzled with honey. Hey, it worked. Within 15 minutes, I felt okay and the blood sugar was at 114.

Then, the evening embarked down path number 2. I couldn’t recover from the lowish blood sugar. That feeling of detachment stuck with my presence even as we went to the bar later that night. Now the idea of leaving the bar, walking back to my house, and eating a bowl of cereal sounded so much better than kicking it with my friends. That’s exactly what I did.

In retrospect, the combination of biking and a few beers probably did the blood sugar in. Lessons learned. Drinking alcohol with diabetes ALWAYS has to be done with respect. We have to understand that making the choice to have a few drinks can disrupt normal diabetes maintenance. That night wasn’t my night, so I pulled the parachute before I got in too deep or too low.

Have your own experience to share? Please do so below!

**Diabetes Daily Grind does not encourage the use of alcoholic beverages, especially in excess. Although, The American Diabetes Association states that moderate alcohol consumption has little effect on blood sugar. If you have diabetes, practice caution and always wear an I.D. that notes your diagnosis.**

One thought on “A Diabetic Night Out – Part I”