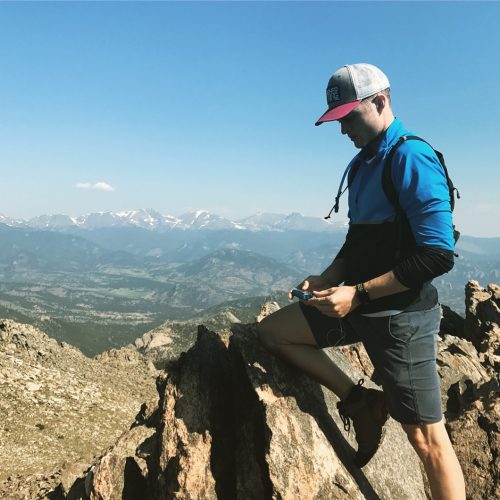 In regards to feels, diabetes provides an endless supply to the senses. We become numb to the finger-sticks, with an occasional 1 in 100 resulting in a real sting. To an extent, injections and pump site changes become familiar or at least expected. With respect to the most commonly asked questions of people with diabetes, here’s another addition to the list: does that still hurt? My response usually follows these lines: Well, no. It’s still the same pain I’ve always felt, but now I’m used to it. With most of our emphasis on our acclimation to these not-so-positive sensations, the single best feeling in the diabetes world remains unexplored and never taken for granted.

Let’s set it up, or replay yesterday. Waking up, the sugars be killin’ it at 126. This morning was not unlike most, where I ate a bowl of oatmeal (my go-to). Everything was cruising along, then that strange (high) taste hit my mouth about two hours later. Hmmm, did I forget to bolus? No. Is my pump site old? No. What’s my current blood sugar? 356. In the moment, I drew strongly upon the doctrine laid out in the prior post, then changed a pump site. When this high, the body and mind go into hypersensitivity mode. Every minute thinking, Am I heading down yet?

Okay, the scene is now set for the best feeling in the world:

Whether this sensation happens at 400 or 190, it’s real. For me, it’s sensed as a bit of lightness, like a cool breeze through every cell in my body. There’s obviously relief mentally, but it’s more than that.

If wearing a CGM, the feeling is still there, but as with any wearable device, the ability to detect signals from the body can wane. For example, consider the long-distance runner who at one time ran marathons completely by feel, and now runs races by the pace calculator on her watch. In a way this process displaces intuition from the body into a device, which certainly has benefits, but small detractions too. For the last two weeks, I’ve been CGM-less and the feeling was more apparent. Just for clarity sake, I will certainly be wearing a CGM again soon.

Anyone else experience this distinct sensation?

4 thoughts on “The Best Feeling in All of Diabetes”