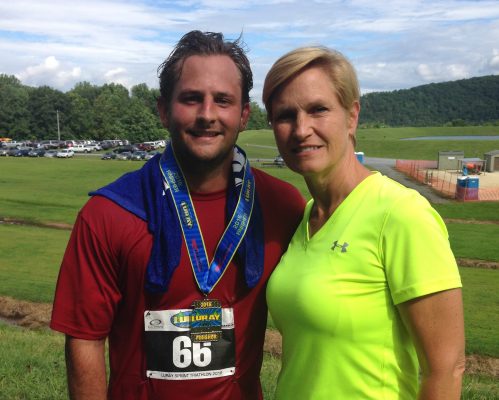 When I was diagnosed with Type 1 diabetes, my first feeling was perhaps different than you might expect: relief.

The months leading up to my diagnosis were some of the worst of my life. I had been flying from Washington DC to the West Coast and back on a weekly basis, and I thought the constant red-eyes had finally gotten the best of me. I was battling fatigue, circulation issues, and weight loss, and I could barely get any sleep. I just felt awful. At work, I spent more time walking to the restroom than I did at my desk, and yet I was constantly dehydrated. The worst part was that I had begun to accept these conditions as a “new normal” – losing my health had simply become a part of my life.

To this point in my life, I had been fairly healthy – an athlete that earned a scholarship to play baseball in college. For years I exercised at least 4-5 times per week and generally followed a Paleo diet. Since I had been a generally “fit” person my whole life and was fairly knowledgeable on nutrition, or so I thought, it was quite difficult to lose control of something that was second nature.

Which is why I’m thankful that my mother dragged me to the ER that morning in early 2016. I had spent the night at my parent’s house the night before after watching the Superbowl and stuffing my face with, well, Superbowl foods. The next morning I could barely walk and I was frighteningly pale. I had drank countless bottles of water and yet I was seriously dehydrated. Strangely, I recall my mom asking “why don’t we test your blood sugar?” I honestly thought she was crazy. My brother, who had been a T1D since 6 months old, agreed. So, I did the test. My blood sugar was 380.

I was diagnosed with T1D no less than 10 minutes after I got to the ER. I had an A1C of 11.1. My life had changed forever, but I can’t say I felt the magnitude at that moment. You know when you feel sick and go to the doctor, and secretly hope they find something wrong because that means there’s a solution? That’s exactly how I felt.

Ironically, the next year would be the best of my life – I lowered my A1C to 6.2 in 5 months, completed my first triathlon, was promoted at my job, and moved to Tokyo, Japan. It’s surreal to think how much my life changed for the better in that year, and I truly owe it to diabetes. After a few weeks on insulin, my body was functioning correctly again and I quickly regained my health. I had more energy, was able to put on weight, and finally could sleep consistently.

More importantly, though, diabetes forced me to truly invest in my health. Simply put, it became absolutely mandatory for my health to be my number one priority. I viewed my diabetes management similar to the way Admiral McRaven spoke of making his bed in his famous commencement speech. I knew how awful it felt to have an unhealthy blood glucose level, and I knew that I wouldn’t be able to accomplish anything without first taking care of my diabetes. Once I was able to get my blood sugars under control, I felt an enduring sense of accomplishment that took the pressure off the rest of my daily activities. I figured diabetes would be the hardest thing I could do on a daily basis, so what previously was intimidating became less so.

I do my best every day to view my diabetes as a blessing, rather than a burden. I’m more aware and in control of my health than ever before, and it’s been nothing short of empowering. Diabetes has not prevented me from doing anything I’ve ever wanted to do. In fact, I’ve done a number of things since my diagnosis I never thought I would – a Tarzan swing and 600 foot zipline through a jungle in Costa Rica and scuba diving in Thailand, to name a couple.

I hope to continue to share how my diagnosis has forced me to completely change my priorities in life and the subsequent benefits. Some things I’d like to discuss are the changes in my diet, my travels through Asia with T1D, triathlon training with T1D, the difficulties of living with T1D in a foreign country, the process of learning about insulin sensitivity and how to improve it, and the ongoing challenges we diabetics face on a daily basis.

Thanks for reading and I look forward to any comments!

4 thoughts on “Diagnosis Day Was A Total Relief”