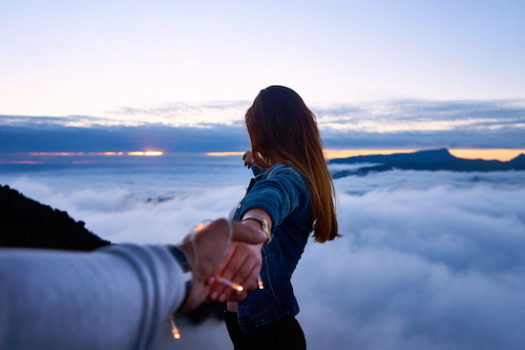 It all started while studying photography and wanting to tell that part of my story.  It started with JDRF of the Bay Area, where they led me down the very steep rabbit hole into the vast network of people living with T1D, some just blocks away from me.  I was swept up like a new kid in middle school homeroom, not really sure I belonged but sure that I wanted to find out more about these other people with type one.

What made those first few moments of interaction so memorable was my understanding of the secret language they were speaking. It felt like ,earning cool points into the club (at 24 years old) when I could speak about BGs and a1cs. However, I did very quickly realize that I was in the elementary level of the diabetes language proficiency.  I certainly did not understand what a CGM (continuous glucose monitor) or IOB (insulin on board) stood for.  I had no idea how to work a pump or what a basal rate or bolus was. Lots to learn.

The wonderful thing about the rabbit hole is that it’s an open source community.  We all share as much information as possible, in as many avenues as possible, with each other.  For me, I had kids at DYF (Diabetes Youth Families) camp teaching me about their insulin pumps, nurses giving talks on basal rates, and peers helping me troubleshoot in new ways that I would never have discovered on my own.

Let’s be real though, we spend a ridiculous amount of time worrying about, troubleshooting and learning about the ‘betes.  It’s there all the time. All day everyday. Why would we want to spend extra time being around even more of it?  For me, it was and still is the weight I feel lifted off my shoulders, and the “we” have diabetes mentality that relieved the isolated pressure constantly looming over my days.  I don’t mean to write a PSA about camp, or local JDRF chapters, or support meetings, but I do mean to advocate for honesty, outreach and connection.

For almost two decades of my life, I had diabetes. I never realized that we have diabetes and that we can talk about it.  I didn’t talk about it, and now I feel like I never stop talking about it.  I am even on a diabetes vacation after a simultaneous pancreas and kidney transplant and I still constantly think and talk about it.  Being honest and real, diabetes is the worst and the most challenging part of our lives some moments, and it also affords us the opportunity to connect and grow with other people in a culture that only we can understand fully.

Let’s get real about our struggles and fears.  Let’s share and listen to one another. Reach out to those who may be struggling to find the words to say, I need help.

I’ll start us off.  I have had diabetic retinopathy in both my eyes, leading to vitrectomy (retinal reattachment) surgery.  I also went into kidney failure about three years ago which lead to a simultaneous  pancreas and kidney transplant.  This is hard stuff to say on the internet for everyone to read, but my hope is that this will open the door to conversation around our fears and struggles with diabetes.  I want to use my story to share our burden.  WE have diabetes.

2 thoughts on “Freedom Found In Sharing (And Lightening) The Burden”