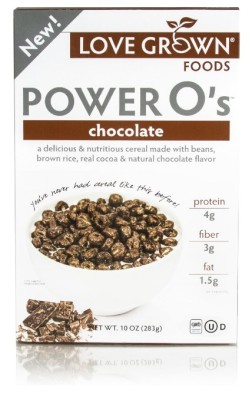 Cereal is the main reason I get out of bed. For years, I’ve never understood why it isn’t considered a meal by itself. I willingly choose to eat cereal most days. That’s a controversial thing to say with insulin dependency. I’d like to outline the methods for making cereal happen in my life. But first, let’s examine the reasons behind cereal’s placement on the diabetic’s “No, I can’t eat that” list.

The Environmental Working Group (EWG) published a report in May displaying the skeleton’s in the cereal closet. For example, 12 of the cereals analyzed contained over 50% sugar by weight. A majority of these are actively marketed towards children. Here’s that list:

Anyway you slice it, that’s a bunch of simple carbohydrates that even a dialed in insulin ratio can’t handle consistently. The EWG has been arguing adamantly for larger serving sizes displayed on cereal boxes. Studies show that most people eat 30% more than the serving. If there’s a person out there who eats 3/4 of a cup of cereal at a time, I haven’t met them. It’s just a gimmick, preying on parents who think they’re box of Sugary Sugar O’s has health benefits.

Alright, off the soapbox and on towards strategies to make cereal work for you:

1) Watch the sugar in milk.
In 1 cup of skim milk, there’s an average of 13 grams of sugar. That’s already half of the daily recommended value for added sugars put out by the American Heart Association. Instead, buy unsweetened almond, coconut, or flax milk. This will save you at least 10 grams of sugar, which equals 10 grams of carbs. You can also make your own.

3) Add healthy fats to the bowl.
Toss in a handful of sunflower or pumpkin seeds. This adds variety in texture and slows down absorption of those carbs.

4) If you need to sweeten up the cereal, chop up half a banana.
I’m a firm believer in the idea that sugar from fruit is processed much differently than processed sugar, even with the same amount of carbs. Throw in a banana and the sweet tooth will be more than satisfied.

If you have a favorite cereal, list it down below and tell us why!

One thought on “How to Be a Cereal Killer with Diabetes”