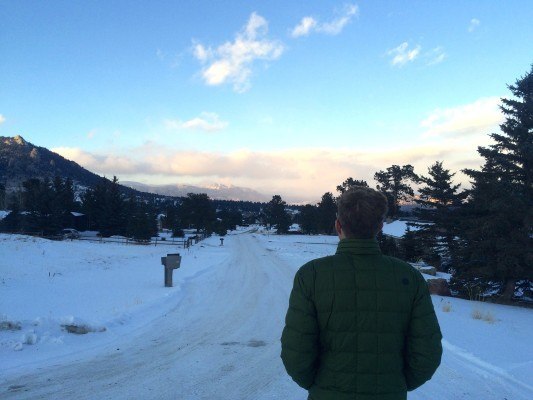 Alright, I’m holding myself to our mission–real support for the diabetes life. Really, why is it so hard to share an a1c that isn’t up to snuff? Maybe it was the branding of the number 7 on our being upon diagnosis, or years of anxious waiting in the doctor’s office for an a1c that doesn’t out our crafted out of thin-air glucose log, but more likely in my case (and I suspect for many others), it’s an admission that after 17 years I still have work to do. It’s vulnerability.

So, it came back at 7.9 last week.The mantra–judge yourself by your effort not the results–has underscored 2016 for me. That said, the number wasn’t all that surprising. The holidays did their holiday thing (or I allowed the holidays to do their holiday thing). For the last few months of 2015, I went CGMless due to losing the battery charger (which I located a month ago and have been wearing the CGM since). School was a roller coaster ride. At the end of the day (with a pile of excuses), my effort over the past 3 months didn’t reflect an a1c under 7.

In the past, this would have fired up a good ol’ bonfire of guilt. But immediately, my thoughts were, Let’s use this as a opportunity improve. After all, the a1c is a reflection of the past. Today, it’s not helping me count carbs, get to the trail, or change up a basal. Like we’re always preaching, we’re not diabetics, we’re people with diabetes, and it’s just a number that we can take action toward.

Well, what are my targets for improvement? In my mind, the following three, fairly simple rules have the chance to narrow that gap down to 7 or below (I’ll update when the test comes back in April):

Over the years, morning’s have become easily the most challenging blood sugar management arena. The Dawn Phenomenon is real. This tip is all about riding the momentum wave of a downward trending blood sugar. Having a CGM handy would obviously help here but if not, the same principle still applies: it’s harder for your blood sugar to go up if it’s already going down.

2) Only preemptively correct a low when glucose levels are trending down, while under 90.

No one enjoys going low. Studying while low is a finely tuned method of torture. Thus, as a person who studies frequently, I am acutely aware that my brain assimilates information better at 185 than 85. Since medical school started, I’ve proactively prevented lows from happening if I see the arrow pointing down at 110, subsequently holding the ability to study more efficiently but also sacrificing glucose control. My goal is to push this internal belief a little further down.

Too often, I’ll look at the pump and see stability at 180, leaving it be. I’m going to bring that plateau down to 150 or below.

Hit us up with a few tips of your own or thoughts on Ryan’s game plan!