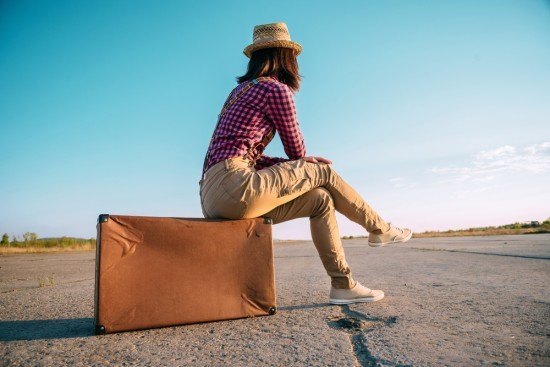 Traveling is tough, especially on us creatures of habit. Time zone switches, varying sleep schedules, and new cuisine all introduce subtle changes that cause big swings in blood sugar. Most of us live on routine. I’ve noticed that expectations are the root of most of my blood sugar suffering. I can’t believe my blood sugar’s high. This sucks. So, maybe we should believe it?…

In order to alter expectations and thus be present for the joy of experiencing a new place, I’ve learned to institute these terms during any trip:

1)Spontaneity is the priority

Instead of the focus being on controlling your sugar, gear your focus toward being ready for anything. The goal is to be free to live in the moment. The only way to be in that place is to test my blood sugar frequently, have insulin around, and carry a snack.

2)Flexibility is my key to navigating the uncertainty

Having a plan is always a good idea, even on vacation. Yet, we have to deviate at times. In a new place, full of new things, uncertainty is everywhere, including new foods, varying sleep schedules, and changing time zones. Don’t be afraid to alter your gameplan. For example, during this first week of being out in Hawaii I’ve been low frequently, probably because of the contrast to my previous 6 hours/day of studying in a chair. Backing my basal down has calmed the trend.

Be ready for that morning high for no reason. Steel yourself for that unexpected low in the afternoon. They’re coming. You’re going to miss your mark on new foods but at least you tried something amazing! Because of an out of range blood sugar, you’re probably not going to feel as good as you want during an activity that you really wish you could enjoy. It’s okay. Let go of that expectation. Keep on reminding yourself of the Golden Rule, I have never been high or low forever.

Things will come back to normal, eventually, and hopefully before the end of the trip…

3 thoughts on “The Traveling Terms: 3 Mantras To Unlock A Great Trip”