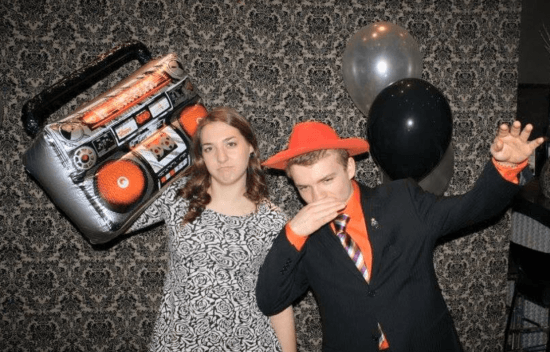 Diabetes was by no means how we met or the reason we began our relationship, but throughout the last year, Liam and I were thrown into some surprising situations that have shown me type 1 definitely has a lighter side. With all the advice and moderately frightening anecdotal evidence pointing towards diabetes being a massive challenge and something that should be taken seriously, we forget there are parts of being around a type 1 that are eye-opening, unique and wildly funny.

Not to say diabetes shouldn’t be taken seriously, it just doesn’t all have to be boring endo appointments and scary consequences. Watching him at a restaurant go from totally lucid to so low he can’t order food for himself because he’s chosen to giggle in the waiter’s face instead of talking, is not one of the scariest things I’ve ever seen. It’s hilarious and adorable. Attempting to put a straw in his mouth in the morning because he’s low and half asleep usually turns into me spilling juice all over him and the bed, isn’t frustrating or a waste of juice, it’s hilarious again, and turns the morning into something cool and fun instead of a normal morning without a type 1.

The past year has been a roller coaster of low and high blood sugars, and used test strips and juice box straw wrappers everywhere but I would never go back and change it. He has shown me that type 1’s can live a normal life and be part of a normal relationship, making me grow as a person. My advice to any young type 1’s beginning to date is to find someone who will love you through your low and high numbers, and to make sure you feel comfortable around them enough to talk to them about diabetes, and to be able to ask them for help when you need extra support.

Having a story to share with the diabetes community? Shoot us an email, info@diabetesdailygrind.com, if you would like to be a contributor.

I'm Brittany and I'm studying Psychology at Trent University in Peterborough, Canada. I've been thrown into the crazy world that is type 1 diabetes because of my boyfriend Liam who was diagnosed at 8 months old. We're sharing our story to help show the lighter side of type 1 through the eyes of the significant other and have received tons of positive feedback from individuals influenced by this disease.