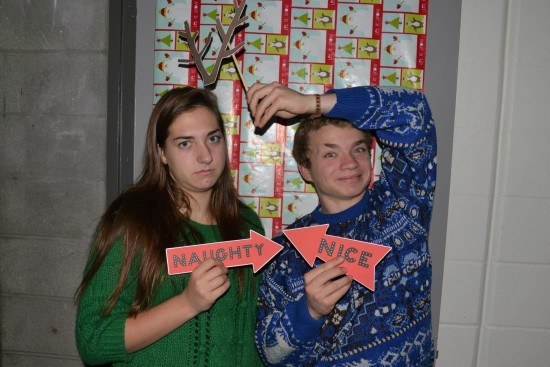 A Little History About How We Met… Liam and I met during our first year at Trent University in Peterborough, Canada as we lived in the same residence building and were part of a pretty tight knit group of friends. The very first time I spoke to Liam was during our frosh week. He was about to run a bouncy castle obstacle course race and I was behind him in the lineup. He jumped into the obstacle course and had been gone for a couple minutes. Our crew began to question why he was gone so long because the obstacle was only supposed to last about 30 seconds. Just then, Liam walked around from the back of the obstacle course (the end of the course was actually at the front) and looked very disoriented and upset. His upper lip was incredibly swollen and cut up and he was complaining of neck pain. He had jumped out of the back of the bouncy castle and landed face first onto the ground.

An Introduction To Diabetes: The next morning in the cafeteria, the first words I EVER said to Liam were “merry Christmas fat lip” because his lip was still swollen from face planting the night before and was wearing a red and green outfit. He was embarrassed, but loved the silliness of my comment and we became very close after that. From the beginning, I had no idea Liam had diabetes. He hid his pump under his shirt and never tested his blood or changed his pump sites around me. Diabetes never held him back from being athletic and energetic so I never suspected this young crazy teenage boy actually had an autoimmune disease.

A couple weeks into university I asked Liam what he was allergic to, after noticing he was wearing a medic alert bracelet. He laughed and said he was allergic to sugar, or a type 1 diabetic. I wasn’t really sure what this meant. I only knew one other PWD, my aunt who was recently diagnosed. I didn’t know Liam all that well at that point and wasn’t comfortable asking him tons of questions about diabetes. I was nervous, didn’t want to sound dumb, worried I would embarrass or upset him. I never thought any less of Liam or that he was fragile or weak because of diabetes. It didn’t change my view on him whatsoever. He was still silly, loud and had an endless amount of energy so I didn’t think diabetes could be that serious of an illness. His explanation was so brief and nonchalant, which helped to show me that it wasn’t something that would stop him from living properly in any way. Discovering Liam has T1D encouraged me to learn more about diabetes and how I could help him. I did most of my learning through asking questions and he was very open about it.

This is something I believe no type 1 should be afraid to do. Asking questions and being open to answering questions spreads knowledge and curbs incorrect and therefore annoying assumptions about type 1.