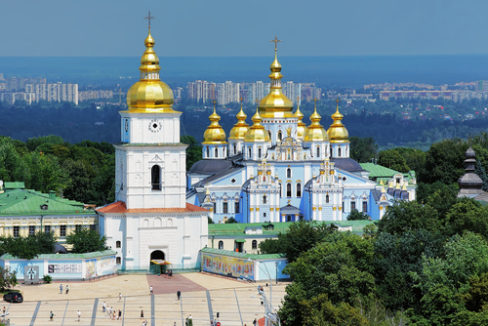 I was diagnosed with type 1 when I was thirteen. Shortly after, a fellow traveler broke it down for me: you can either control your diabetes or you can let it control you. A rabble rouser froma young age, I decided quickly that if those were my choices, I’d choose option A. At the time, I didn’t realize how difficult it would be to make that decision each day, but gradually it helped me develop a personality trait I see in a lot of folks with type 1: we love a challenge, and we love to prove people wrong. When I decided to be a Peace Corps Volunteer, I went into it with that same bullheaded mentality that had been an almost constant companion since diagnosis.

Peace Corps’ recruitment process has changed, but when I applied in 2008, the first step after submitting the paper application was an in-person interview. If things went well, you were then ‘nominated’ to serve in a certain region (for example, Southeast Asia or Sub-Saharan Africa) and sector (like health or education). Once that occurred, you would begin the medical screening process, and when your file was complete, the in-country staff in the region you’d been nominated would review your application and decide whether or not to invite you to spend the next two years of your life there. My interview went well, and while I was nervous about whether or not I’d be medically disqualified, I was cautiously optimistic after reading the language about medical conditions and service on Peace Corps’ website. I had a type 1 friend in Colorado who was interested in Peace Corps, too, so when I received my nomination to Sub-Saharan Africa I contacted him and gabbed about how excited I was. He burst my bubble very quickly, though, when he mentioned that his recruiter hadn’t nominated him for Africa because, as a type 1, he was ineligible to serve in a country that could not “guarantee refrigeration.” I thought to myself, “Self, why did my recruiter not take this into consideration?!” In a quasi-panic, I called my recruiter and mentioned this and his response, that he “matched me based on my skills and background,” infuriated me. I refrained from telling him that type 1 is most certainly a relevant piece of background information…and started creating a backup plan.

So, as I went through the medical clearance process (which included writing an essay on how I maintain my insulin pump and a document stating I would bring a second insulin pump with me to wherever I ended up going…should I end up going somewhere) I also started conversations with an interfaith alliance that led to an opportunity to be placed in a school in Turkey. To my college-aged mind, it was sort of like Peace Corps independent study and I took some comfort in the knowledge that somehow, I’d be in a position to do some sort of overseas service. They were aware that if I received an invitation from Peace Corps, I would go, so I didn’t feel guilty when, in early April, I received a large manila envelope with the Peace Corps logo in the upper left-hand side. Inside it was an invitation to serve as an education volunteer in… Ukraine. 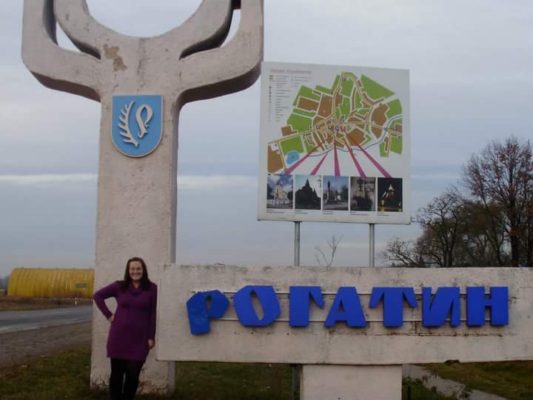 In Ukraine and embracing uncertainty!

I found myself saying to myself, “Self, whaaa????” That’s what I did. After a very lengthy conversation with Peace Corps medical staff and their headquarters office, what I deduced was that both the in-country program staff and medical staff review applications and make determinations on whether or not they believe you’d be a good fit, with the medical staff (basically) determining whether or not you could actually stay alive. Once I was medically rejected by the Sub-Saharan Africa country offices, they sent my application materials to other regions, and exactly one country in the Eastern Europe and Central Asia region looked at the paper version of me and thought, “Okay, why not?” That country was Ukraine. I wasn’t sure what I was getting myself into, but I figured if they were going to take a chance, I would, too.

I didn’t learn until much later that that I owed my entire service to a doctor there, called Dr. Valeriy. He had been with Peace Corps for a long time, and while type 1 in Ukraine is still little understood and scary for Ukrainians, his sister had type 2 …and she was okay. So he wasn’t afraid of being responsible for me. While type 1 provided a number of its own challenges, because I’d been troubleshooting life with type 1 for so long, it also made me uniquely qualified to handle the uncertainties of life as a volunteer. Maybe if more normies had this troubleshooting understanding, we’d all be in a better place.

So, buckle up. I’ve got some serious troubleshooting stories coming for you!

2 thoughts on “Part 1: Never Forget A Backup Plan (Thriving in Ukraine in the Peace Corps)”