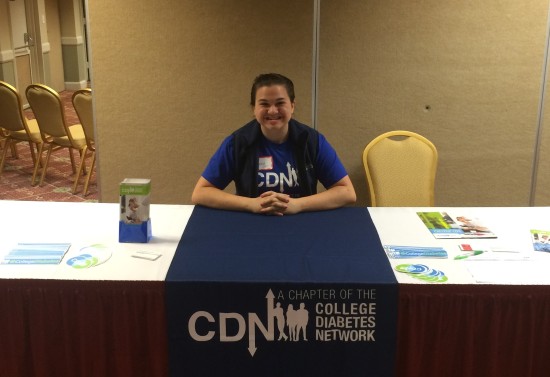 I don’t know what I’m doing. Lately, that’s the first thing I tell people and amounts to much of what I’ve learned about being an “adult.” Most people really don’t know what they’re doing, especially as recent college grads. We’re bumbling around, reaching out for advice and reading articles that swarm around the internet while trying to figure out how this applies to us and what works for us (because we’re all so different).

“I don’t know what I’m doing” applies to what I’m apparently supposed to call “adulthood,” but so far, it’s mostly applied to the part of my life that is diabetes.

As soon as college was behind me, diabetes was supposed to be easier, right? I was wrong. It’s not easier, but it hasn’t really been harder either. It’s just different. That different is slowly morphing into easier.

I didn’t know what I was doing as I navigated switching from a college lifestyle to a “real world” one in the city. The first few weeks at my new job at the College Diabetes Network, I was low. Always low. I called it the “low games.” Between less stress and way more walking, I didn’t need as much insulin. After sorting it all out and making changes last May, I realize now that mistakes on carb counts or not pre-bolusing within a certain amount of time wasn’t as earth-shattering anymore, mainly because I wasn’t spiking as much.

I don’t know what I’m doing as I’m on the healthcare provider search. I found a primary care physician within months of getting to Boston who is great with my diabetes! I also found a psychiatrist for my prescriptions for ADHD (I also have ADHD, Anxiety, and OCD) who “got it” when it came to diabetes. Finding an endocrinologist took a little longer, but after a few bumps along the way, I think I found someone. The great thing about moving to a new city is that you have a lot of options. You should never settle if it’s not working out.

I still don’t feel like an “adult,” and I’m beginning to wonder if I ever will. Staying a kid at heart will always be important to me, but there are moments where I go “WOAH, this is adulting”:

As I navigate this next chapter of my life, I have no idea what I’m doing, but I’ll learn along the way.

Mindy Bartleson is the Program Assistant at the College Diabetes Network (https://www.collegediabetesnetwork.org/) (CDN) in Boston, MA and is a former CDN Chapter Leader. She graduated from the University of Georgia with a Bachelor’s in Social Work and a minor in Sociology in May of 2015. At age 7 she was diagnosed with T1D and has been involved in the Diabetes Community ever since. She thoroughly enjoys Diabetes Camp, travel, crafts, reading, and being awkward. You can check out her blog, “There’s More to the Story,” in the link below.