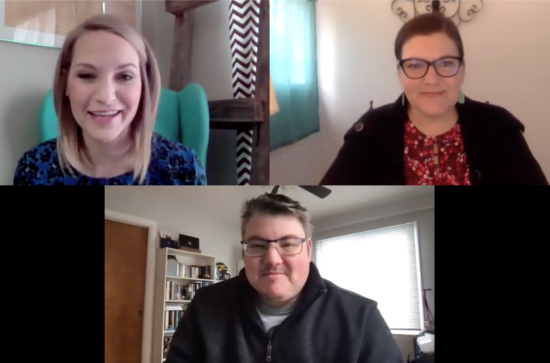 This impromptu episode was a no brainer when President Biden took office and put a freeze on past executive orders. The diabetes community flipped out so I contacted two friends who can help me and the DOC better understand what this really means. In this episode we discuss the EO freeze on insulin and grassroots advocacy efforts.

Mike Hoskins is managing editor of DiabetesMine. He has lived with type 1 diabetes since age 5 in 1984, and his mom was also diagnosed with T1D at the same young age. With a journalism degree from Oakland University in Michigan, Mike has two decades of experience at various daily, weekly, and specialty publications in Indiana and Michigan. He joined DiabetesMine in 2012, after several years of writing his own personal blog, The Diabetic’s Corner Booth. When he’s not writing or working, you may find Mike digging into his family genealogy or history in general, or finding adventures with his wife Suzi.

Senator Carri Hicks is a mother, an educator, and a lifelong Oklahoman. The daughter of a public school teacher, Hicks graduated from Oklahoma City University.  She earned her Bachelor’s Degree in Mass Communications and Political Science. Hicks furthered her education at OCU by earning a Master’s Degree with a focus on Leadership Management. She went on to work for United Way of Central Oklahoma and Saint Luke’s United Methodist Church. Hicks developed skills in fundraising, advertising, and publishing throughout her career in the nonprofit sector.

A life-long learner with a passion for education, Hicks decided to seek a career change. She earned her Masters in Early Childhood Education and applied for a teaching certificate. Hicks began working as a public school teacher at the Putnam City School District in 2011. After three years teaching Kindergarten at Tulakes Elementary, Hicks moved to the Deer Creek School District. After two years teaching First Grade, Hicks taught Fourth Grade Math and Science at Grove Valley Elementary.

Hicks has served as an adjunct professor at OCU teaching in the College of Education. In the summer of 2019, she was named a Gaylord-McCasland Education Fellow by the Oklahoma Hall of Fame, and worked to reshape the Museum Experience for young learners. Additionally, she works to equip teachers with STEM integration to prepare the next generation of Oklahomans for the changing workforce.

Today, Hicks lives in Northwest Oklahoma City with her husband of nine years, Spencer. They are the proud parents of three children: Camilla, Holli, and Sawyer. A dedicated community servant, Hicks is an active volunteer for education-related causes. Hicks serves on the board for the non-profit the STEAM Engine, where she helps build the next generation of makers and doers. Hicks serves on the Education, Health & Human Services, and Finance Committees and looks forward to continuing to represent the voices of her constituents in Senate District 40.