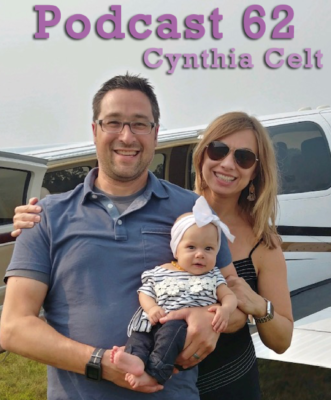 This fearless forty something T1D does an incredible job of sharing her story. Cynthia is a T1D veteran who has challenged and/or been fired by an endo. or two, faced diabulimia head on, fearlessly experimented with the newest medications on the market and laughed at the thought of being a high risk, geriatric pregnancy.

Cynthia Celt was diagnosed with type 1 diabetes at the age of 19 and has lived with the disease for 21 years. She has enjoyed contributing to the diabetes space both personally and professionally. Cynthia spent the majority of her professional career as an educator: teaching, consulting and designing professional development. After attending the Diabetes Unconference in 2015, Cynthia became passionate in her desire to contribute to the diabetes space. In 2015, Cynthia moved into the role as community and social media manager at Diabetes Hands Foundation. Most recently Cynthia worked with MannKind Corporation in the role of diabetes patient advocate. Currently Cynthia is enjoying her new baby girl, snuggles and nap time.

Newly diagnosed, at the age of 19, Cynthia quickly fell into the dangerous world of diabetes and eating disorders. Within several weeks of diagnosis, Cynthia began restricting and omitting insulin with the intention of losing the weight that was “apparently” coming in tandem with her new insulin regime. Cynthia struggled with diabulimia for nearly two decades. Her journey to health was not without support from both inside and outside the diabetes community.

In 2018, at the age of 40 and 21 years of type 1 diabetes, Cynthia gave birth to her Daughter Madeline. Balancing diabetes, pregnancy, childbirth and now babyhood has been Cynthia’s favorite and most inspiring diabetes and life accomplishment. Cynthia lives in Boise, Idaho with her Husband Mike, baby Madeline and beloved pup Roxy. Traveling, food, yoga and outside stuff top the list.