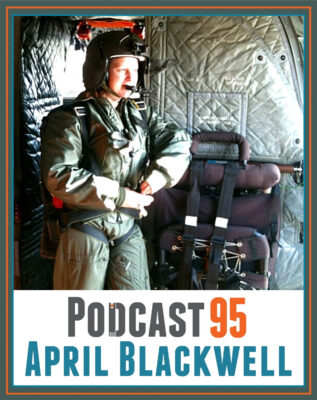 I don’t know about you, but in kindergarten I wasn’t considering space exploration as a career path, but April stuck to her guns and achieved this goal even after a T1D diagnosis. Her calm demeanor, passion and journey to become an aerospace engineer is inspiring to say the least. She deserves to be the first person living with diabetes in space and absolutely shares my personal mantra to dream big – diabetes or not.

April Blackwell is an Aerospace Engineer and life-long astronaut hopeful who flies the International Space Station from NASA Mission control. April has worked at NASA for 7 years but has been obsessed with space since kindergarten – when she made up her mind to become an astronaut. A diagnosis of T1D at age 11 seemed like an insurmountable road block since T1D is an automatic disqualification in the astronaut application. Instead of giving up she doubled down – learned Russian in high school, studied hard in math, and received a full-ride scholarship to attain an Aerospace Engineering degree.

In her aerospace career April has flown more than 250 hours in experimental Army aircraft and passed qualifications in the Army Special Operations helicopter dunker program, altitude chamber and parachute course – all of which normally preclude T1D participants. Since the NASA flight controller certifications, she has acquired more than 2,600 console hours in Mission Control, responsible for maintaining the attitude of the International Space Station. April hasn’t given up on her ultimate dream of becoming an astronaut, but she has added an extra challenge – to be the first T1D in space!

She is passionate about sharing her experiences to inspire fellow T1Ds to push boundaries in pursuit of their dreams.