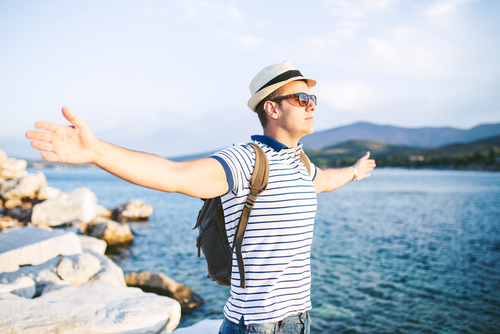 I used to think it was untouchable–beyond reach. Out of my control and me at its will. But, as time often allows, things soften. A small sliver of space has opened; the space to be me inside of a low or high blood sugar.

A conversation sparked last weekend at the JDRF One Walk in Oklahoma City, surrounding just this concept. I was catching up with an old friend (who also has T1D) and we discussed the subtle impacts that diabetes has on a day, by changing the course of a single moment; his feeling that blood sugars alter the flow of conversations. Citing specifically how it impacts his engagement in meetings, and I chimed in with how it sometimes impacts empathy with patients. And, in an accumulation of altered moments, he mentioned a friend of his had recently attributed a divorce to type 1. It’s there, the invisible (sometimes visible to others) blood sugar force.

Yet, looking back at the last few years, my own experience is not black and white–I can from time to time communicate effectively while out of range. Is this a consistent practice? No, no, no, but I’ve found it possible.

Awareness is the gateway. One must know that they are high or low. Sounds simple, yes, especially for those that wear CGMs. But even with a CGM, days get busy, an impromptu conversation starts in the hallway, and next thing you know you’re back at the desk wondering, “Why did I react like that?” while testing your blood sugar (or pulling the CGM out of the pocket) to see a reading of 68.

If you’ve had the disease for long enough, you just sense it. You don’t need me to tell you the symptoms of being low or high. Sensing is the key, because the opportunity to whip out the meter/CGM right in the middle of something isn’t always viable. The power of sensing is not so you can stop right in the middle of a conversation, grab an OJ, wait 5 minutes, and resume the convo. The power is in the ability to pause (internally), recognize a low/high pattern of thought or reactivity, and give yourself a chance to find another, more centered choice.

From what I can tell, it ain’t about perfection. It’s about avoiding the reactive response generated from the emotional sides of the blood sugar. In those moments if you stop, tell the person that you’re talking to that you’d prefer to have this conversation later because you have diabetes and feel slightly crazy, that’s a whole lot better than most of the things I say when high or low.

Once you pause, sense the opening, it just gets easier the next time. Cheers to the highs and lows.