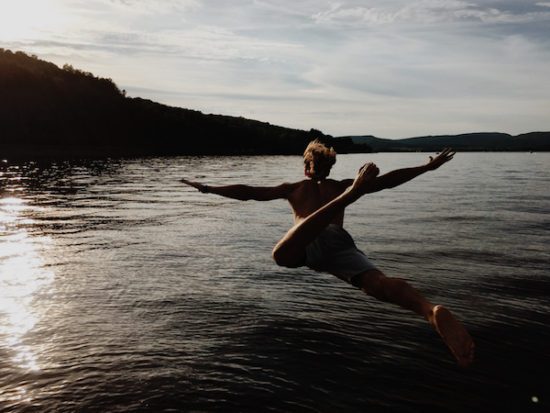 Living with diabetes is far from easy–checking BGs multiple times a day, giving yourself insulin injections, and changing pump sites every three days (at least you’re supposed to…). I was diagnosed with T1D at the age of two. Luckily, I was raised by wonderful parents who taught me very early on to be independent, giving my first injection at the age of four and learning the carb vs. insulin ratios at six.

Throughout my life, I struggled tremendously with caring for my diabetes. Even though I grew up learning to take care of myself, I was tired of it. It didn’t help that I had friends whose parents wouldn’t let me spend the night because they didn’t want to take care of me. I just wanted to be like everyone else! Facing diabetes burnout, I would lie to my parents about my BGs, eventually giving up on carb counting. I had ketones seemingly all of the time, which affected school, athletics, and making me feel horrible 24/7.

It wasn’t until my freshman year of high school and attending Camp Sweeney that things started to turn around. I’d attended Camp Sweeney when I was younger for the fun and relationships, but it wasn’t until after I had an epiphany, that I realized the the importance of camp -T1D can’t be viewed as a handicap, but rather as a way to encourage others and show them that this disease isn’t a curse, but a blessing that can provide hope, love, and support to people who are going through the same journey. Diabetes is what you make it. It’s all a matter of perspective.

Since attending Camp Sweeney and making my way through my first few years as a college student and an adult, I found a passion for fitness, nutrition, and most importantly, diabetes. That’s what gave me the idea to start Everyday_T1D:  inspiring and encouraging other T1Ds to live their lives to the fullest. I’ve chosen a career path that should reflect my passions; a nutrition degree with ambitions of becoming a registered dietitian and CDE.

Diabetes is what you make it. It’s easy to neglect it, but the long-term effects aren’t worth it. Don’t fall into the trap of thinking you’re invincible, especially if you’re young, because it  catches cup. Find a way to change your perspective! Diabetes is a life-long disease, but with perseverance, faith, and courage – we WILL endure.