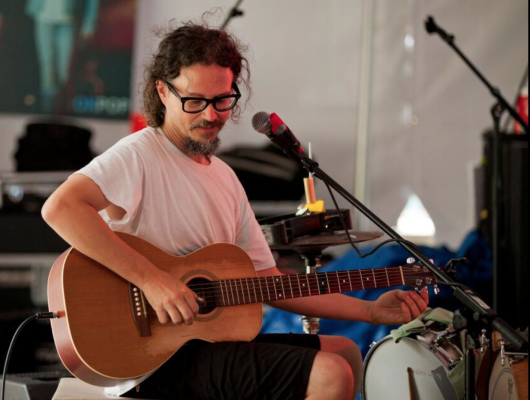 Prepare your self for your newest addiction – the Diabetes Daily Grind theme song written by Mike Hosty who is known for his chart topper, “Oklahoma Breakdown”, the Number One Song on the Texas Music Charts for April 2007 and for the entire year!  He was kind enough to write a song for us that wraps up our inspiration for starting the DDG. We hope you enjoy.

A little history – I met Michael Hosty over twenty years ago when I was working at a local music studio.  It was the summer of 1994 and I was an awkward teenager and he was a hairy guy who played in a band I wasn’t old enough to see live.  We became friends as I forced him to read stories from Chicken Soup For the Soul. We shed tears that summer over sappy stories and have been friends ever since.

I recently approached him about writing a song for me about diabetes and he didn’t think twice. In addition to the being a famous song writer, he’s a local legend and often travels the states playing with Mike Byars in the Hosty Duo.