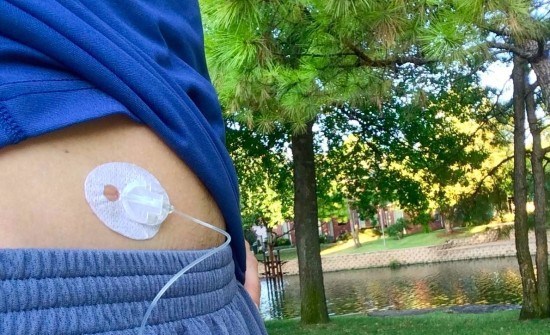 As is par for the course with much of my decision-making, the original reasoning escapes me. Was it done out of boredom? Just a random change of pace? Perhaps I grew tired of my belt nudging it. Maybe it was the other morning in the shower when I felt the dense scar tissue building on my hips. Possibly, I realized those hundreds of microscopic white scars on my stomach aren’t going away, even after a 4 year break.

Or, in the more likely and less melodramatic version of the story, the moment happened in Metabolism class, when my teacher mentioned that blood glucose is absorbed most effectively by visceral adipose tissue, that stuff surrounding our internal organs or hanging over the belt, when signaled by insulin. Haven’t we all been told “stomach, butt, thigh, or back of arm”? But to hear that it acts fastest and best around the stomach, that struck a cord. Thus, I made the move back to the stomach. END_OF_DOCUMENT_TOKEN_TO_BE_REPLACED