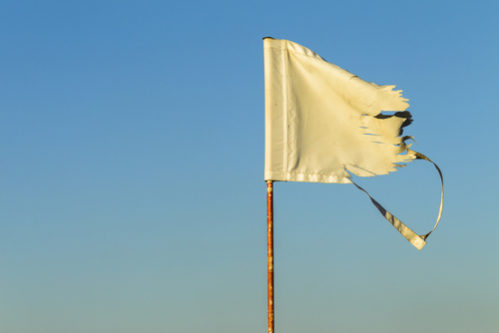 Time to borrow from the game of golf. It’s on the mind, as I watched the PGA Championship over the weekend. Diabetes makes for an interesting viewing companion, always finding a way to relate anything back to itself.
I like golf. Haven’t found another activity that reflects the inner state of mind better. Much like diabetes management in that aspect. Getting to the point now, playing golf in Oklahoma means playing with the wind. The song doesn’t lie, the wind sweeps down the plains.
If you play a round anytime from April to September, there’s an excellent chance you’ll be playing at least 4 holes dead into a stiff southern breeze. One must hit their shot into the breeze. Usually this requires “clubbing up” to hit into the wind. Instead of nailing that 8 iron like always, now you’ve got 20 mph of wind in your face–you may have to rip a 6. The key though, is not swinging “hard”. When I swing hard, things get forced. The shot gets duffed just a few yards past the tee box. Now, I’m left with a shot still a good distance from the green, with the breeze still in my face. On the other side of the coin, if I just swing my swing, with acceptance of the breeze, things work out.
A couple of mornings back, I pondered, “By drinking coffee every morning, am I making myself swing into the wind?” Yes, drinking coffee was the genesis for this post. I know, it’s amazing that it took this long to get to the point. And yes again, after considering it, coffee is a strong southern breeze in your face on a long par 4. With coffee in the morning, I usually have to take more insulin for any given number of carbs. Which makes sense, coffee is the perfect boost for the dawn phenomenon.
One thing I know is this, I will continue drinking coffee. So, I will have to continue “clubbing up”, and not just hit the same 8 iron, for the same old amount of carbs, into a stiff breeze.
(If you missed the moral of that story, or just don’t play golf, Ryan’s basically saying that one shouldn’t keep on doing what works just because it worked last time. Gotta roll with the punches.)
Volume 1 – Sports Idiom Series (Playing To Win)

One thought on “The Sports Idiom Series, Volume 2: Hitting Into The Wind”