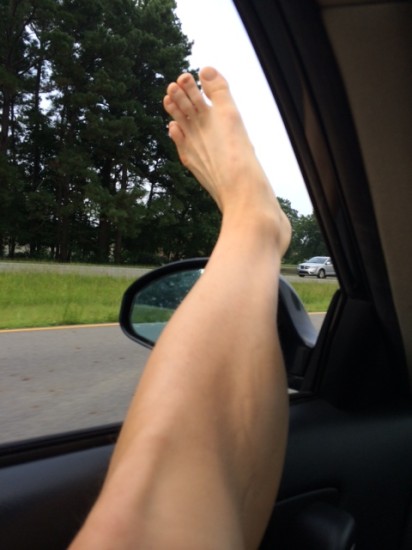 Before heading out we had the discussion as to when and how often we should stop.  We were both relieved that neither one of us really cared and were totally down to stop when we needed to pee.  Fact – people living with Type 1 diabetes seem to use the restroom more often and we were determined to stay hydrated.

Being that two T1Ds were in close proximity to each other for the good part of 14 hours, three themes emerged –

1) Constant competition to see who could guess closer to their blood sugar.

2) Attempting to tell the other where their blood sugar is currently.