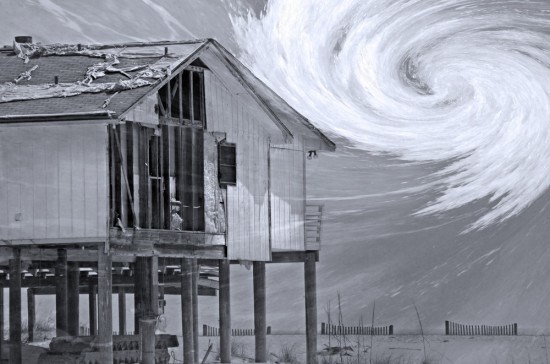 Last week was the 10th anniversary of Hurricane Katrina. As I drove into Burlington, Vermont I tuned into NPR and heard horrible stories from folks impacted by the tragedy. Dead bodies floating, elderly folks dying in their wheel chairs while waiting for help and no food or water to be found. This tragedy didn’t effect me directly as I was safe at home in Norman, Oklahoma, but it surfaced a new T1D fear  – I would be one of the first to kick the bucket.

I recall sitting with the man I was dating listening to the news and became overwhelmed with emotion. I watched people in their pajamas on rooftops begging to be picked up as helicopters circled above.  No backpacks filled with clothes or coolers stocked with food – they had evacuated immediately. This image shook me to the core and I began to weep. Not only did I feel an overwhelming sadness for the victims, but it really hit home – I would die!  Not because of the lack of food or water, but because I wouldn’t have the supplies I needed to stay alive and even if I did, would they last in the heat, filthy water, etc.? Probably not.

Hurricane Katrina really messed with my psyche. Throughout my life with diabetes, I’ve done my best to not hone in on the doom and gloom, but this event was a reminder of survival of the fittest. No matter how healthy or fit I might be, I would die without my medications. The independent. “I can do anything”, Amber even tried to rear her head but was quickly beaten down.

It has taken me days to write this post as I would prefer to live in denial. I need to be at peace with the realization that my life is dependent upon something I might not have control over. I can’t let this keep me from living life to the fullest and have proven so with a number of previous posts. At the end of the day, I’ll most likely be one of the first to go, but I can say I had a good run with NO regrets.