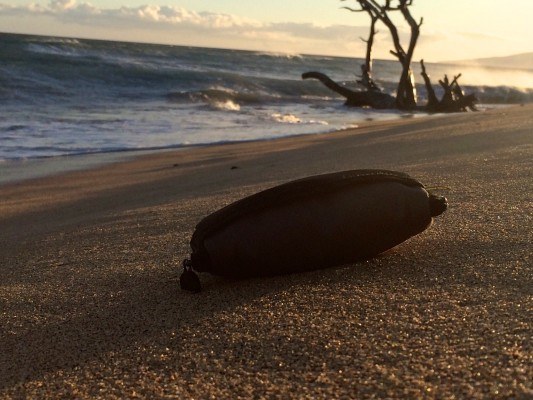 Now that I say the word “tester” aloud–not positive of its use by most people to describe their glucose meter–but alliteration always wins, thus testers will suffice in the title. In a recent podcast episode with my parents, we discussed how many testers have disappeared over my 26 years of existence. I think I’m approaching triple digits.

Whether it be OneTouch, Precision, Bayer, or Freestyle, I will part ways with no attachment to brand. During the college years, the pharmacist at Walmart knew who I was, not by my prescriptions (those resided at Walgreens), but by how many of these I purchased.

The natural question to ask is why? It’s most likely a multi-factorial problem but this is my guess list of most likely causes:

I cannot apologize enough to my family for this. Just a month ago, after leaving a family birthday at my Uncle’s, I saw he was calling. While laughing, he said, “Bet you know why I’m calling.” I’d left my tester.

2) Most of the cases are black

It’s impossible to know how many more dollars I would have in my bank account, but let’s just say it would be more if the meter bags were neon yellow. Trying to find a black bag, in a black floorboard, during a dark night, quickly turns into the needle in a haystack feeling.

3) It is not socially acceptable for men to wear purses

I refuse to hear arguments to the contrary.

Most of my resulting suffering was due to the loss of test strips, not the meter. If the meter cost more, perhaps I would value its presence. This isn’t to say I’m suggesting that idea.

Every so often, the brotherhood of the traveling testers will circle back upon you. Like one time in Cancun, or well, the arrival and departure from Cancun. We’ve all put our meter in the seat pocket of an airplane. Talk about a blackhole. Mine disappeared into that black hole–because I forgot it there. Several hours later, now far removed from the plane, and having strolled two miles from the hotel, my Dad, friend Justin, and I walked out of a Mexican pharmacy with a new Contour meter. The trip was a memorable one, no more testers disappeared, and when I boarded the plane to depart, after a curious look into the back of the seat, there was the original tester; Montezuma’s gift perhaps.

==Carbs? Covered. Fills you up? Covered. Stabilizes BG for a couple of hours? Maybe. Grab what Ryan keeps in his carry-on.==

6 thoughts on “The Tales Of My Traveling Testers”