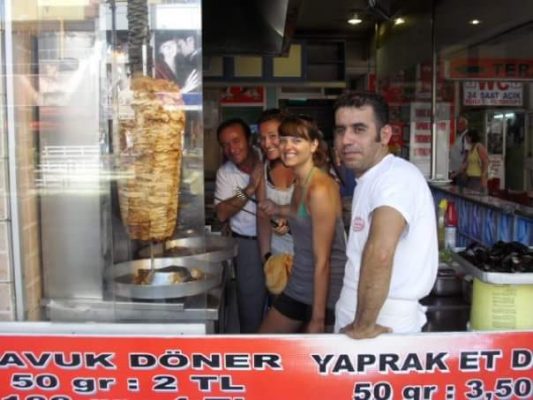 I spent an unnatural amount of time trying to start this post – wondering how I’d weave the tale of diabetes supplies lost and broken during my two-year stint in Ukraine. Looking back on a few instances, I could have done a number of things better or differently to improve an outcome or expedite solutions. However, I didn’t. In a previous post, I mentioned my “diabetes doesn’t control my life” mantra. I’m proud of my how I control my T1D, but I’m sure I’ve managed to terrify several medical professionals with my “put some duct tape on it” approach to T1D troubleshooting. I can’t help it!

When these things were happening, my life was too good to spend more than a shoulder shrug and a “that’ll do” on a solution to a short term problem. There were more important things to worry about than my comfort if the job was still getting done. What you’re getting here today are two real life examples of how a real life person with T1D made it through a minor inconvenience and a major catastrophe (relatively) unscathed.

A year into my Peace Corps service, I lost my fingerstick. This wasn’t an irregular occurrence, but the issue this particular time was that I couldn’t find it again after a day. My trusty Peace Corps pharmacist, Tarek, who lived almost 550 km away, acquired one for me. Unfortunately, this was before the days of Amazon Prime, so he also gave me some key words to use at my local pharmacy when seeking out disposable fingersticks. I loathed what I referred to as “bone prickers”, but I also loathed the idea of not testing for an indefinite amount of time. As I left the pharmacy, “bone prickers” in hand, I was coming around to the idea…I was also proud of the fact that the pharmacist knew what I was asking for – I was winning at T1D troubleshooting! I had a pretty swift come to Jesus, however, when I returned to my apartment and discovered that I hadn’t received a bag of spring loaded “bone prickers”…I’d received several packages of thin metal lancets…that I would manually stick into my fingers to draw blood. To this day, I have no idea if “bone prickers” exist in Ukraine. I used my disposable lancets for roughly two weeks, and probably caused something of a stir as I gleefully ran through town to meet the Peace Corps Land Rover that delivered my new fingerstick. I never lost that thing again, and I’m so grateful for all that Tarek did to keep me alive during my stint in Ukraine.

I’ve also mentioned that Peace Corps required me to take a second pump to Ukraine. I found this annoying on many levels, for many reasons. I took an old Medtronic pump a dear friend loaned me and never dreamed I’d have to use it. Guess what, folks?! While on vacation in a coastal Turkish town with another volunteer, one of my buttons started sticking…and I heard that horrible alert the next day while riding a bus to a beach. I experienced a level of hysteria at that moment that is hard to describe, but when you rely on a medication to live, you quickly do whatever you can to find a way to put it inside of you.

I made my way to the hostel we were staying in, where the staff spoke English and asked how to say “syringe” and “diabetes” in Turkish. I then spent the afternoon with my friend walking into pharmacies saying those two words until a delightful pharmacist produced the most beautiful package of BD syringes I’ve ever seen. And then I hugged him for at least a full minute. For the rest of that trip, I gave myself injections every two to three hours. And I still had a fantastic time. (For the record, I was also experiencing a raging menstrual cycle on this trip. It was ALL the things, pals.) At the end of my service, I explained to Tarek that the pump I was using was a loaner, and he ordered me a new one…one that wasn’t yet FDA-approved in the states.

I get frustrated with the hoops we have to jump through to take care of ourselves pretty frequently. But I also realize that I’m not alone, as a patient or a care giver, and that more often than not, someone is ready to grab my hand and jump with me. That person is sometimes family, sometimes a friend, a stranger, or a pharmacist. Sometimes that person i