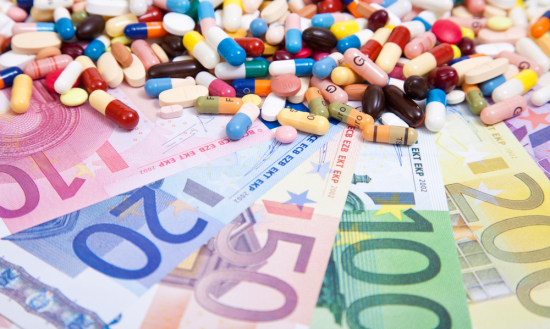 Last night a Tweet caught my attention and sparked a bit of rage just from the title.  The article, 60 Minutes Just Attacked High Drug Prices – Here’s What You Should Know, was written by Forbes and addressed the absolutely absurd cost of life-saving cancer treatments.

The article quotes an example from a Bloomberg story by Robert Langreth:

“Earl Harford, a retired professor, recently bought a month’s worth of the pills he needs to keep his leukemia at bay. The cost: $7,676, or three times more than when he first began taking the pills in 2001. Over the years, he has paid more than $140,000 from his retirement savings to cover his share of the drug’s price.

“People with this condition are being taken advantage of by the pharmaceutical industry,” said Harford, 84, of Tucson, Arizona. “They haven’t improved the drug; they haven’t done anything but keep manufacturing it. How do they justify it?”

This article raised my blood pressure to new levels because I had just explained to a group of friends what it’s like to be held hostage to a few pharmaceutical companies.  I will forever be dependent on their drugs and the cost of a bottle of insulin is appalling!!!  Until the Healthcare Act, I had to pay out of pocket, sweet talk my physicians into samples and actually wrote grants and letters to pharmaceutical companies explaining that the cost was too high for my small budget while starting a business.  I am forever thankful for having medical insurance, but the cost of insulin is still ridiculous and WTF has changed about the insulin I’ve been taking for the past 12 years – NOTHING!