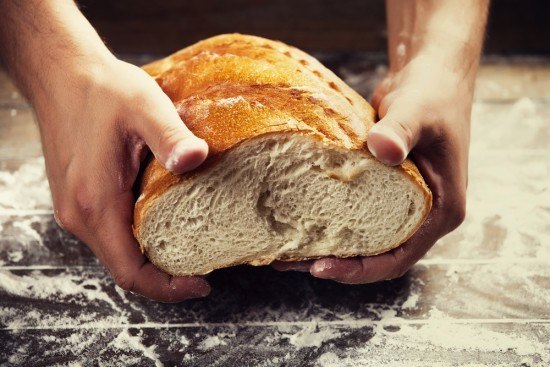 Somewhere along this health journey I discontinued my bread habit. Was it the rising tide of gluten poison talk? Probably a contributing factor. Could it have been proximity influence from a family member with gluten intolerance? That made it convenient. Did I stop consuming it because subconsciously I knew my diabetes life would be simpler? Don’t think that was it, too much credit given to me.

This is not to say I haven’t enjoyed the occasional sandwich (if you’re ever in Boulder, get the Tempeh Reuben at Mountain Sun Brewery), but I rarely purchased bread at the store over a two-year period. My quality of life was remotely unchanged. I substituted in sprouted tortillas occasionally. Ended up finding some amazing gluten-free cereal at Sprouts (Love Grown Bean-Based Cereal). I ate more rice and quinoa.

Then I went to Hawaii and stumbled into this local, cult grocery store Mana Foods. I walked in, the first time, and immediately caught the freshly baked bread scent. It was almost primal. When I picked up a still warm, potato, vegan and organic loaf, choice went out the window—I had to buy it. And, it was amazing. Suddenly, bread was back in my life.

I’ve had a similar experience with coffee. Might kick it for 6 months and feel terrific. I could drink tea instead each morning! Then there’s one moment, where the rationalization for one cup just makes too much sense, and you’re right back to drinking coffee every day.

++CHECK OUT THE REAL LIFE DIABETES PODCAST ON ITUNES++

So, for the last month, I brought bread back into my life, ushered in by surfing’s own rationalization via loads of physical activity. I even bought a cinnamon loaf for breakfast. I even started this post a month ago, with the intent of claiming assimilation success. At first, the effects were subtle, even unnoticeable. Eventually, the bread hung around the kitchen, turning into a snack. When I returned from surfing, I peeled off a chunk, instead of eating a papaya. Before having ate steel cut oats in the morning, I was now eating the vegan equivalent of a cinnamon roll. The accumulation of higher glycemic, simpler carbs eventually started to snowball, even as they were whole grain based. I was a little higher in the morning. I was a little higher in the evening. It’s not that I was eating more carbs, it was the consumption of different carbs. I just wasn’t used to them.

Now as I gaze out my window, not at swaying palms but to the rhythm of Oklahoma cicadas, I’m back to no bread. Things have smoothed out. Mornings are a little more manageable.

Choosing the factors we actively account for in our diabetes day, in my hard knocks opinion, is the central choice in diabetes management. I choose to bring surfing, running, and loads of fruit into my life, taking responsibility for any possible variation in blood sugar. I find them worth the risk. Is bread worth the risk right now? Nope. Next month? Maybe…

==Are you high? This is where Ryan turns, right to John Kabat-Zinn. Read it anywhere, anytime.==